Welcome to the CE Ruleset!

Skype chats or similar are usually not considered sufficient evidence, however, exceptions may be made. It’s unlikely that Skype evidence will be considered, but nevertheless if you elect to (pretend to) cheat or break a rule on Skype, the risk is on your end.

Attempts to ‘game’ the rules without breaking them may or may not be considered abuse of a loophole. Do not risk it.

These rules are for the game itself. Obviously our Terms of Service still apply, this is simply what they mean for the worlds you play on. These rules may see minor iterations prior to the start of the era, we will aim to keep the rules completely in tact during the era itself.

We forbid any discovered tricks, loopholes, potential usages of existing mechanics that the assigned admins are not currently aware of, a request for permission to use such discoveries needs to be requested and granted up front.
Please keep in mind, the key here is for the admins to know and allow the trick. Not knowing a trick your enemy uses does not make it illegal. There is various tricks the administrative staff is well aware of, when in doubt, simply ask any available admin

Pro tip: Never tell an admin your plans, you never know whose side hes on. Dont understand why people arent protesting against this rule already.

Imagine getting banned for outplaying your opponents through ingame mechanics.
Ha.

If you seriously think an admin will pick a side, which frankly isn’t a thing, it’s better to just stay away. Considering we can ban, see all your private data, change your resource count and so on, you’ve bigger problems than not being able to use a trick that hasn’t been found before.

All that said and done, I’ve great faith in the team and will not budge on that. If something does happen there and I am shown evidence, we will act. If you suspect I am partisan myself, I suggest contacting Andrei directly, I will step down when confronted.

We will not give a blank pass on using things in the CE we have no idea on the balance and such of yet, e.g a bug that would allow someone to delete an army from another player, because you’re nervous about admins.

Seems we accidentally uploaded a version that missed a clarification: we will not be granting any permissions to use the same IP for this era.

We already usually refuse to, but I’d like to make clear there will be zero tolerance for this one.

Aww Man But what about my Dad, 2 brothers, Sisters ,Neighbour and his dog Tommy

Especially Tommy He’s gonna be so disappointed we cant play CE together. We’ve been planning for months

see all your private data,

You can read in-game messages between 2 players?

That’s actually one of the few things disabled in the panel itself, though obviously it’s still in the database should you try to break a law or such.

We can however see everything else you do and so on… 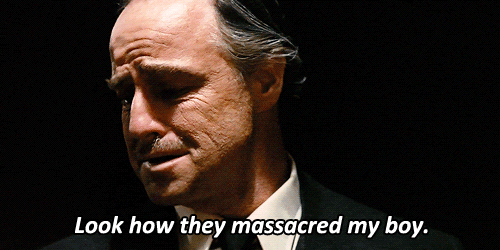