Same goes with u

Sure, but you were asking for an update, not me

PLO vs the world

As we start to pick up the pace in the start to this wacky era, fights are breaking out left right on centre.

On the eastern side of the era we have 1st placed TGC against GUN7, which seems to have started and ended in a matter of ticks as the NeoAssyrian Empire of GUN7 has been recently conquered. TGC starting to look like a big threat in the era as they own the whole eastern border of the map along with the while top right side.

But it’s on the western side where the real action can be seen. A fight between 2nd placed PLO and 3rd placed CAT broke out in the recent ticks, but unlike PLO who rocked up to the era with his duo and seemingly nobody else, CAT has backup from 7th placed BUG. From what I can see (as inactive as I am) no big casualties have been suffered on either side but it looks to be PLO who are winning and making the push towards the opposing colonies. 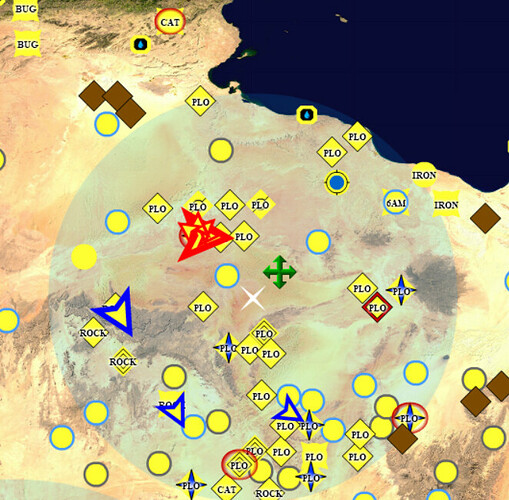 As for other fights, there was recently a fight between me and my beloved @Not_Halo_of_Mars @Halo_of_Mars_3 and we had to go our seperate ways

. I wish that noob all the best. If there is anyone else who would like to be my slave it would be much apprectiated

The real question about this era is what will the sleeping giants do, will some choose to rise from their ruins and go for the win, or continue to sleep like noobs. Will the current rank 1 break out from his shell (Yeah r1 still in his shield, and spending thousands of reds, how boring) and rock some of these ongoing wars, maybe we’ll see soon, as for now that’s all I have. If anyone has br’s please send them, I have none and I want to see death and destruction

Have fun out there

I’m only a little colony, I cant do anything

Yes, I quite enjoyed that last review.

Where is our update?! 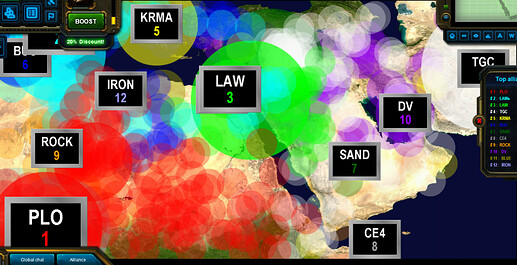 Since we last spoke 100 ticks ago, many things have happened. Mere minutes after i posted my tick 150 update, rank 1 Monarchy released his inner beast and came out from his shell. The once fiery west side of the map between CAT and PLO has since quietened down and PLO seems to have taken a back seat in the era, with CAT now changing its name to LAWs.

Towards the top of the map we have poor Karma who as the time I am writing this when the ticks are paused has 46 squads incoming to has base. RIP. But its when we switch over to the east side where the heat starts to turn up.

After Monarchy of LAW took down his shield war broke out between LAW and TGC, after which SAND quickly got involved on the side of LAW. And after the war between PLO and CAT drew to a close, CAT joined in, also on the side of LAW with their backup BUG. As I see it now, it’s currently LAW, LAWs (CAT), SAND and BUG vs TGC and 10th placed DV. 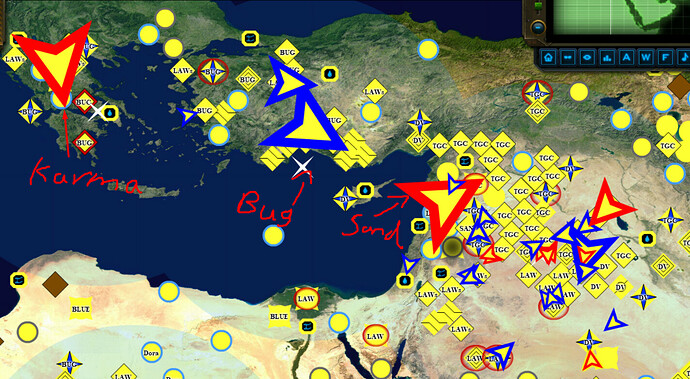 A current map of the warzone on tick 250. The current attack we see on the right side is a 43 squad attack from SAND Coughing Blood on TGC’s Order Of Caltravas colony, these two have been going back and forward for quite some ticks now, currently Coughing Blood is conquered by TGC but we’ll see as for what happens with this attack. As for the circle of ops made by TGC around these two, it seems to be some sort of op wall that TGC are trying to make around Coughing Blood.

As for possible late contenders, there may be one, 8th ranked ‘Kill Egghead’ who is placed beside PLO’s colony, I see no relation between the name and PLO lmao. He is still in his shield and is boosting quite a bit, it should be interesting to see what happens there.

This is all I have for now,
Have fun

If there are any takers, I am always open

Thank you for the unbiased update. Doesn’t happen often in this community lol

A comeback for ATOM soon?

Map update after next patch of ticks btw, a lot has happened

Since tick 250, there have been a lot of updates to the war in the east. Shortly after my update, around tick 270, Monarchy (Now named RainbowEA) who has been rank 1 for most of the era, had a bit battle with TGC, both sides took major casualties, but in the end TGC came out the better. Thing 2 of LAWs also died to TGC and so Thing 1 left to join RainbowEA in LAW as they attempt to boost back up. Because of this, LAW and LAWs are out of the war against TGC and it now seems that its just SAND vs TGC for now. The battlefield hasnt changed so much, there is still a large op wall around Coughing Blood’s colony currently owned by TGC as they attempt to bring him somewhat under control. 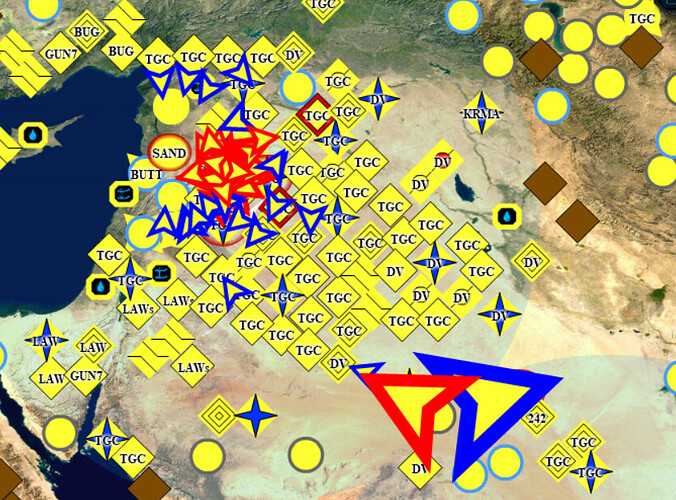 Moving away from this battle, there isnt much else going on, PLO is still sitting and building without challenge for now but there does seem to be a few people looking to change that. Kill egghead, who is still in shield and boosting hard, is almost on par with PLO when it comes to power and keep in mind he has 0 conqs either. He recently left his old alliance member PSI, who will he join next?

A person by the name of Puck has also charged into the top 10 spots after not being near there all era, they are also still in their shield in the bottom corner of the map. This’ll definitely be an interesting next few ticks if shields get dropped, but we’ll see 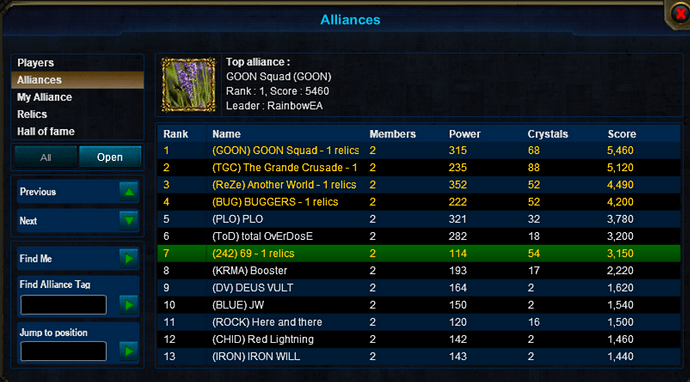 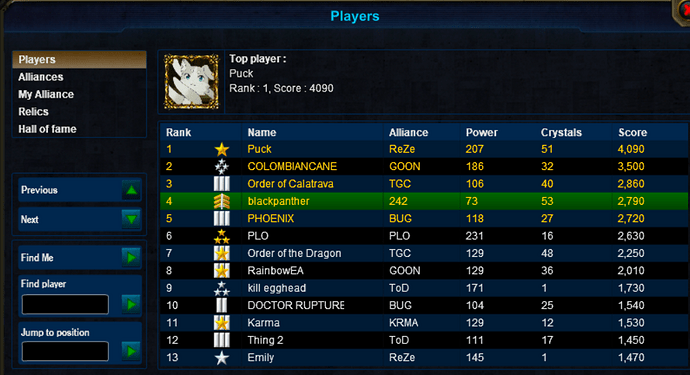 Emily and Puck have DROPPED their protection for relics and have taken them they are real contenders now to WIN the era oh my GOD! Whaty wil they DO? 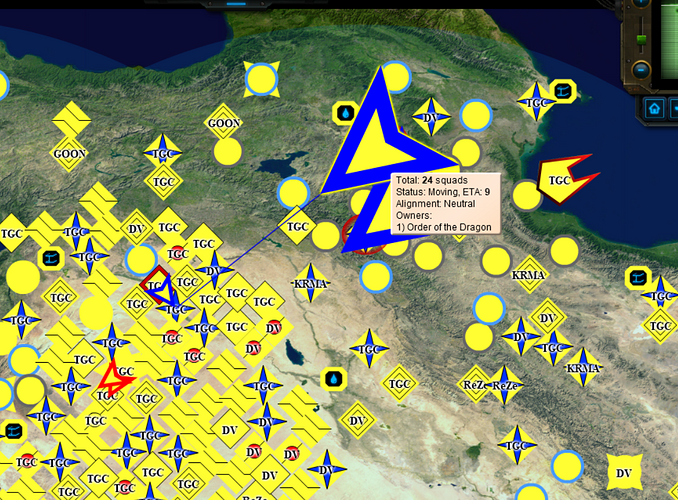 they have taken relic and are moving back down who knows what will they do next O_O
any guesses who they are? they have some fantasy name like Calavatra! I know SGC and ATOM are into that type nerdy stuff but your guess is as good as mine

update on this guy 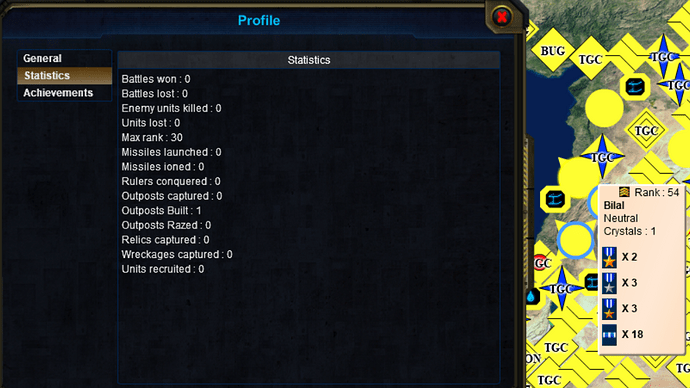 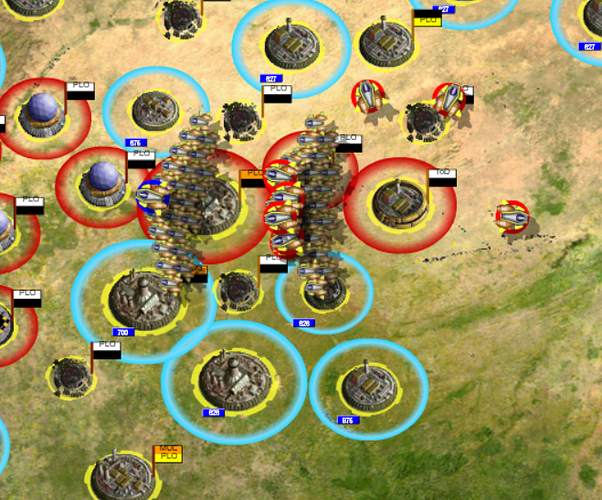 kill egghead has attacked PLO colony with 50 squads right in his hive
statistics on kill egghead colony says 1500 recruited +
Can assume its mostly infantry and purely against PLO alliance’s build
What will they do?? Oh my GOD
In addition

PLO is being attacked by the rank 4 and 1 alliances. PLO also does not have a relic presumably because they were fighting or something
Could this really be the end of PLO? Oh my GOD

also Im sorry BP, I was bored
and I am also sorry, but I don’t know how to make screenies automatically pop up on posts

and I am also sorry, but I don’t know how to make screenies automatically pop up on posts

When you are making a screenshot with lightshot, instead of pressing the upload option, go to the one that says copy (in between the print and save options) and then you can just paste it into your post on here

kill egghead, 1 day after dropping protection has lost his 50 squad army that he accrued for the last 600 ticks - he killed 200 units according to stats. That’s why #9 BOAT > #10 BOAT good work MK

sigma male conquered, conqs have opened up, BP is taking alot - i hope emily isn’t mad bc that means i will be conquered soon

pathetic it`s nothing for them GOON Sqoued Ass