Plo didn’t like that we kicked and killed his buddy Byeheart who was being greedy for rank after having exactly 7 battles all round and refusing orders to move off his relics so he decided to stab.

We had 10 relics and plo left this morning, after stabbing our network and grabbing a few extra relics to join the second place team, DEAN who is now attacking us as well.

You could have had rank 1 and 3k blues plo, now you get nothing but death. GL all

Well different sources tell something different you asked for a voting system and you all voted for plo to be rank 1…he gladly accepted and offered it to be passed on…But the rest you couldn;t stand it even though it was his right to accept and give to anyone he pleases—And even said by someone in your team FNF “Plo has the right to pass it to anyone”…Guess the greedy people are the people in BIG E…

Also pretty sure Byeheart never stabbed–you stabbed him cause you just didn;t like that him and plo were closer friends than you expected

Anyways from the start of this war, BIG E lost 200 Tanks of King Skizzy on relic 6 (Damaged and Killed) with ezz----Seems like the ones going to die are BIG E

The only kill of this war came from a stab, not something to brag about.

Thing about it is, nobody voted for Byeheart to have rank 1, 2, or 3, and he sure as hell did not deserve it. Enough members were upset about plo trying to give him the spot that Byeheart was ordered to move off the relic so we could move it around. Instead he reinforced it, and was kicked and killed.

Byeheart did nothing except launch on relics and not build armor so he could mooch off of others, no way in hell anybody was going to let him get a top 3 based on that. He had the option to stay in the team, get a ribbon, and get 3k blues, but he chose death.

Well thats a you problem not a him problem…You gave your vote to Plo and as FNF even said from a source in your GC “Plo has the right to accept or reject and even pass it to someone else” ---- that says enough.

Doesn’t matter if he did nothing it Plo’s right and you should of accepted it. But guess you guys are just going to die to plo and dean haha—All you used plo was for his reds nothing else you gave zero shits about him

Well FNF doesn’t speak for the entire team, when the majority of the team wants something, it overrides what one or two people say

Who’s gonna die to plo? I know you’re not talking about me lmao. You’re acting like PLO was feeding me but that’s incorrect so nice try buddy. He literally was bossy and rude with a god complex from the second we merged with OK, and then he stabbed us. Trash

The first of many

This is a quick summary, you are welcome to ask me if you need more details.
But I will NEVER watch a friend get killed and do nothing. I will die defending anyone who I consider a friend.

If this isn’t just him spewing propaganda then he has a very warped sense of reality indeed.

This all is a fight over a medal right?

A guy can give his earnings from this job to anyone

This F3 , Similar thing happened. @PLO gave his r3 to this medo magd guy who had been in the alliance for less than 100 ticks and helped when the war was almost won. I wanted the r3 medal but still no one in the team bat an eye cus it was his medal to give @GodYinyang can confirm.

Maybe that’s how you play the game, but that’s gross.

“Here guy who sat on a gate all era then launched at relics, take this medal while the rest of the team fought and carried you”

The rest of the team agreed that he didn’t deserve it, so we all decided we weren’t letting him have it. We asked him to move off of a relic, and he reinforced it instead. It was his fault for being deadweight, then disobeying orders, in no way are we in the wrong here.

Byeheart isn’t Plo, and Plo isn’t byeheart. Are you seriously making me explain this to you?

A person giving his rewards for his hardwork to another person who didn’t deserve it - Sure triggers his co-workers - BUT it’s the hardworker’s wish that the non-deserving person gets his reward - Co-workers should’ve just respected his wishes rather than being bossy over him. It’s his reward , he does what he pleases. Be sensible please.

No, it’s outright disrespectful for the other players who carried the dead weight the entire round.

It’s just you two talking wtf go to skype you fools. How are you struggling to win an era in this dying stage of battledawn?

Honestly mate listen to me.
Just quit, Like for real disband your army and quit. Real life is better and much more than what battledawn could ever be.

Trust me, I know. I’ve played this game on and off for well over a decade 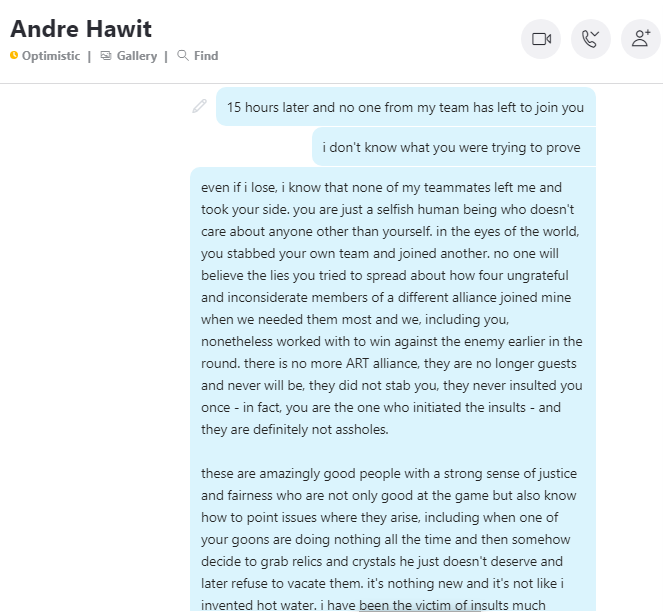 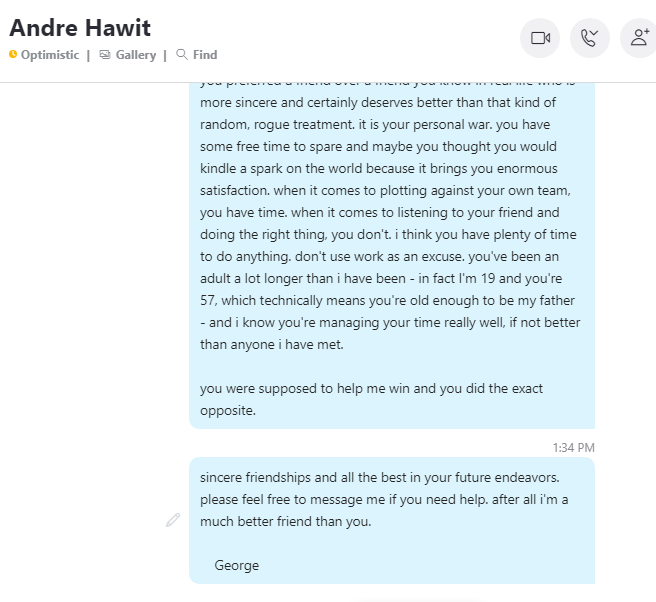 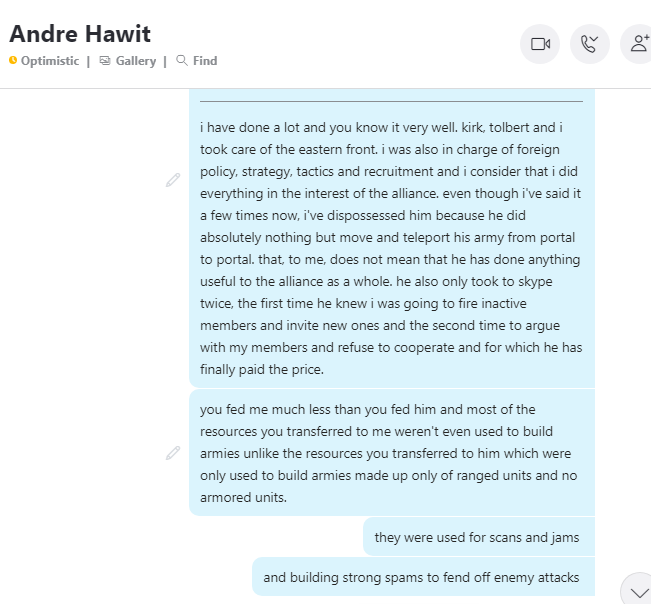 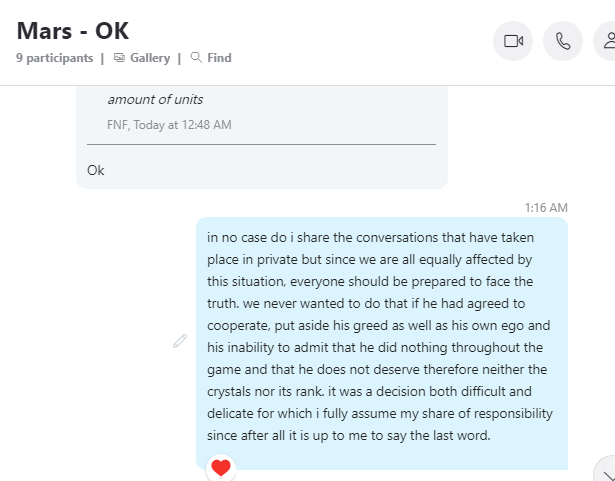 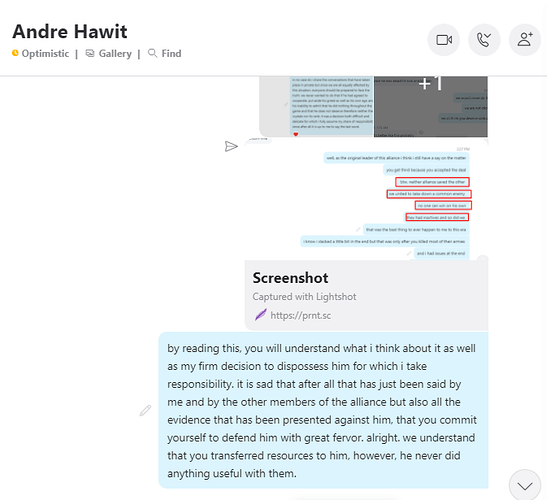