Since no one else has made one yet that ive seen, figured id set one up for f1. Lets see those brs if any! 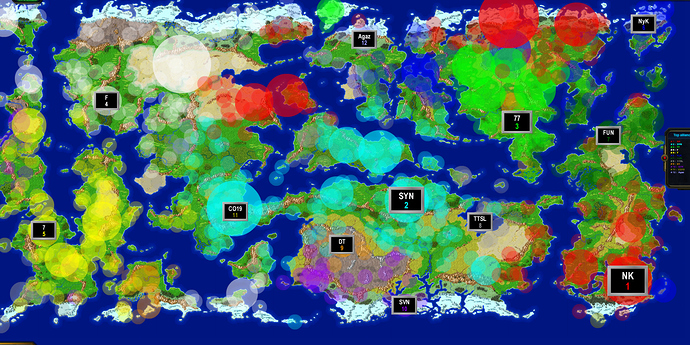 Alliance territories as of tick 41.

Smurf, F1 again, and oca cola of 77 destroy and conquer Dream of NyK. 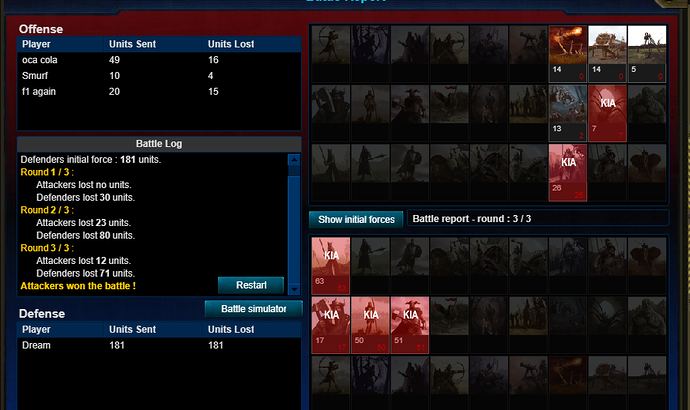 Great stuff! Fantasy worlds have always been my favourite

Going to be a fun era

Oof, didnt you become a dad or something

HAHA whats up hariscapo! Long time no talk! Add my new skype. Ctutt97@live.com. No I’m certainly not a father LOL! I deployed to Afghanistan and was gone for awhile with personal stuff!

Glad to be back but the first thing I experience is getting planted on :3

Just popped in. Looking for a squad

This is how the map looks like for the time being
as you see the north-western continent is almost empty because it’s all under the control of “Solo FTW” who was in F alliance when they were rank 5 and left them for some reason resulting in them dropping to rank 8 and he is still without and alliance
SYN is controlling the middle island + some territory in the south, 7 are in the left bottom corner sitting and expanding towards the north and 77 in the top right side of the map, not to forget mentioning the NK’s weird positioning, a couple of members in the top-right side and another couple in the north-west of the middle island then the 3 left members in the bottom right corner, sorry I didn’t update before tick 65 but earlier NyK was the rank 2 alliance and somehow fell down rapidly to spot 7 due to the war with 77 I guess since 2 of them are conquered by the latter and one of them was their strongest member being in top5 players.

Be ready for the BRs, They will be coming at the rapid rate

I try to keep the era updated as much as possible, I post whatever I can get

Here is a small BR of Slander vs 77 members

Glad to see an old konger back. Have a look back at when we last fought 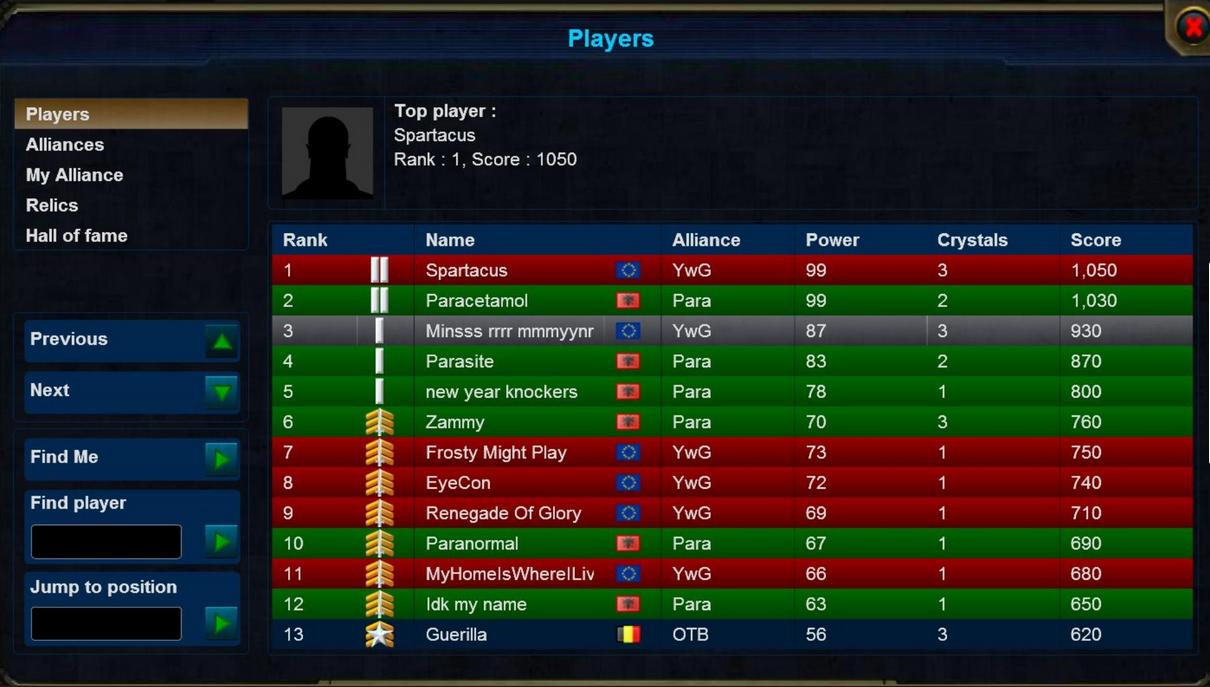 Old screenshots are so nostalgic! Wish I kept mine

feast ur eyes on this annihilation