Mars 2 has reset, and it’s still a 4 player alliance size limit this time

My colony will be unshielded all era, and I’ll periodically restock with units and crystals

Thanks for the fun; FF, TTT, FNTA

I needed a warm-up in case I actually try to play anything serious.

What’s your ign, I need a cool down era before I quit

SLAPP for this era

Come join the 3 teams nuking me and bragging about killing a spamming colony.

E: Imagine getting squads killed by a colony nuked to 10 workers and 2 banana power

E: Tick 455. The dude that bragged about killing 1 squad of a 2-chevron colony just lost a full tank squad. Tut, Tut. (4-5 half squads killed of FF/TTT I won’t bother to upload)

In a shocking turn of events, Pat is once again under attack from TTT; this time he is not alone and has a team who joined me because I was fighting for fun. Will the team >10x power ahead prevail, or will they raze their network instantly (hint: they have and will). Gotta love when you get nuked to 0 in an era, force-relocated “out of the way” and are allowed to build again.

And it begins. I am /shocked/ that a #1 player that farmed for score would have pure Armor tank squads flying around in a war HE INITIATED. 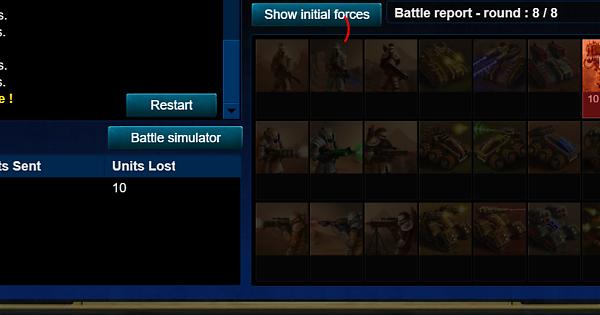 This is why you never under-estimate the impact of spam warfare.

Spam BR’s don’t look pretty, but they add up if you know what to do.

RIP R-4; such a waste in a farmer’s hands

Final BR from me for the era since TTT has quit. I ate a suicide instead of allowing 2 squads to die in a LockDown. 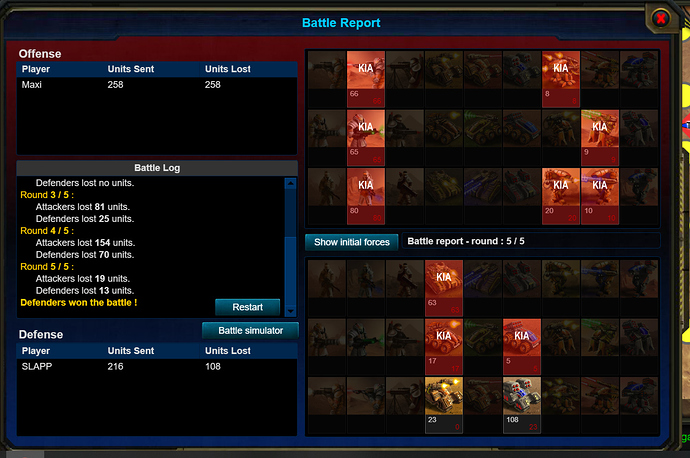 83 tanks killed by nuke tick before