he wanted to see if i can survive for 200 ticks

see what happened to him

then he ran back to gl and get killed 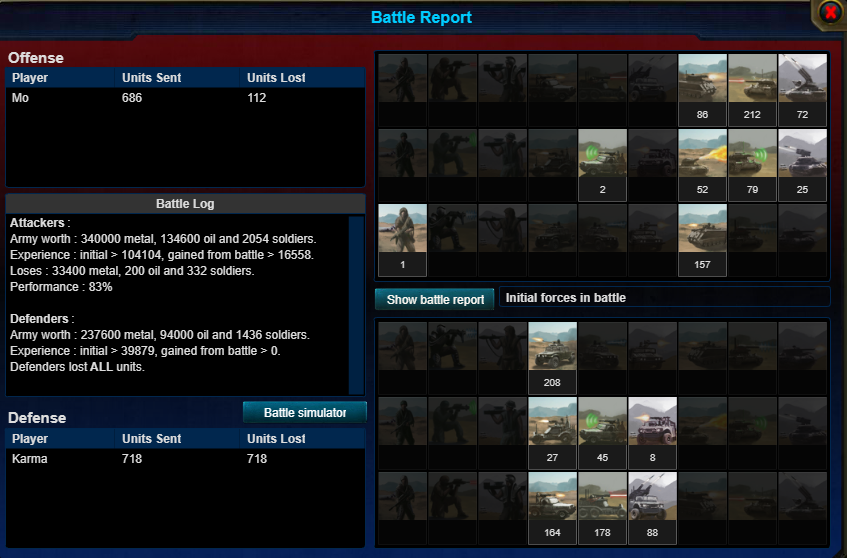 idk him but he is really funny 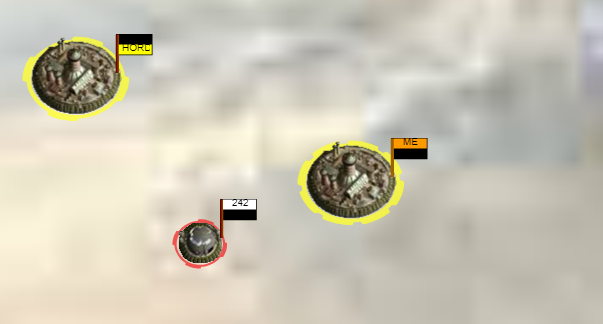 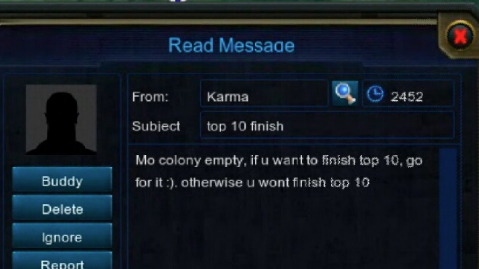 even i can’t see you on the map

Its okay bro…i know u feel bad that ur stab didnt work. it happens…if this makes u sleep at night , then be it

just keep crying that i am the one who stabed also i wasn’t planning at the start to get 1st or even 10th so i almost lost nothing idc about 1st he is dead isn’t him ?

i dont log e5 after raze my ops 6 ticks before era end. i think u win the era then u create this thread lol

i think i dont care who stab who
this is solo, everyone can do everything
im just a lil bit confused, if u didn’t win the era why u make a thread. what do u want to show to everyone?

i can’t do that much in 250 ticks really so all this talk is for nothing appearently i won it he just got the golden medal and 1k tokens than me ?

and sending his team to die to me

none of my team even lost 1 squad

also he wasn’t going to give me his buyied relics what ever i do ! so it is smarter not to be ftw i think since i only got 60 ticks will not help and he is taking crystals from his team idk what you wanna me to do really

i won it he just got the golden medal

Does that even make any sense?

Idc if it make or not isn’t that what bd about just some useless medals ?
i just didn’t got it untill now it is a shame win that he got why you all are still annoy me ?